In a "Dr. Livingstone I presume" moment I met Barry at a hostel at the base of Mt Kilimanjaro.  Although I was a day late he knew I was in the vicinity as he had seen my luggage while it was lost.  His luggage turned up ten days later in time for him to leave.

Skiing Magazine Spring 1989 - We didn't even realize we set an altitude record until seeing it referenced when it was surpassed!

Well that's the end of the story.  Great trip, great memories and it gave me street cred  for a short lived modelling career with Descente (notice the clothes didn't get any better) and two seasons racing FIS World Cup under the Union Jack. 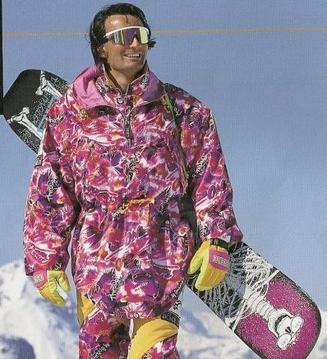 Kili from the air...a long way to go for not much snow! 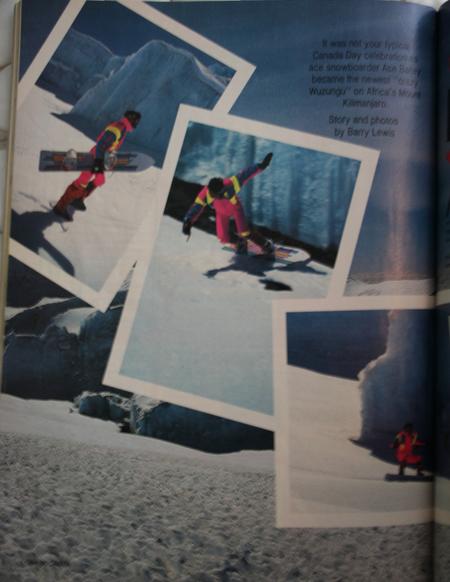 The next day was a six hour hike to Horombo huts.  We quickly left the rain forest and enjoyed the  views from the moors as the clouds randomly parted. 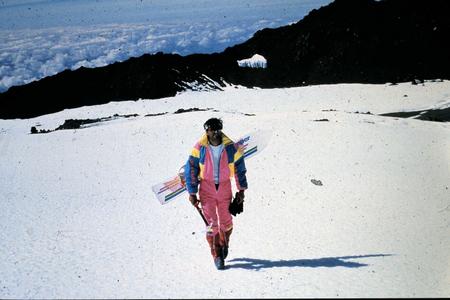 My plans to snowboard on the lower slopes of the world's highest mountain were dashed when there was an uprising of the Tibetan people against their Chinese rulers.  This shut down all foreign travel to Tibet.

Pat Morrow, a fellow Bow Valley resident, was the first person to climb the Seven Summits, the highest peak on each continent.  He carved a few ski turns on Kilimanjaro after his summit there...maybe it was time to lay the first ever snowboard tracks down!


The base of Kilimanjaro is savannah.  As you climb you pass through rain forest, heath and moorlands , alpine desert and finally reach the snow cap.  We were quickly into the drizzly rain forest and stayed in the A frame Mandara huts there. 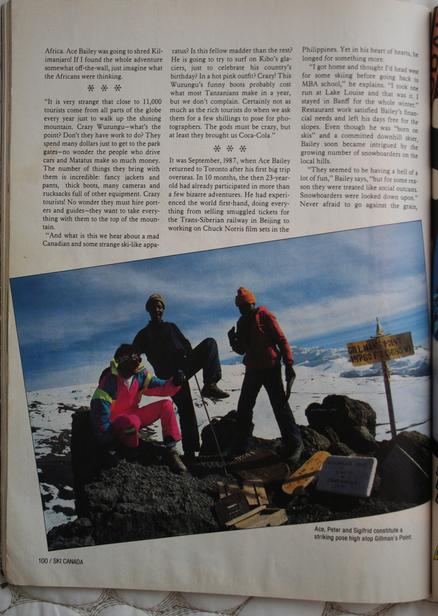 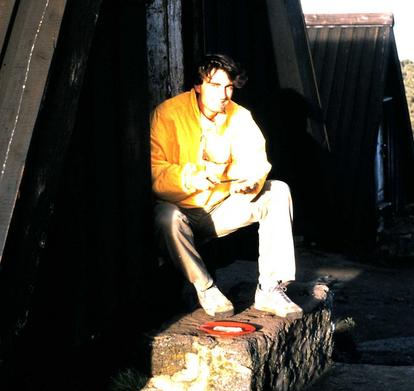 We reached the rim of the volcano and could finally take the snowboard out of its bag!  Peter and Siegfried just exchanged eye rolls as Barry clicked pics as I hiked and shredded. Crazy foreigners

Background: I took up snowboarding in the winter of 1987/88.  Many days I would be the only snowboarder at Lake Louise or Sunshine Village in Banff. You needed a snowboard license to ride the lifts!  Snowboarding was so new that the ski areas weren't sure how many accidents there were going to be.  They insisted on a rider passing a test proving basic skills to receive a license. 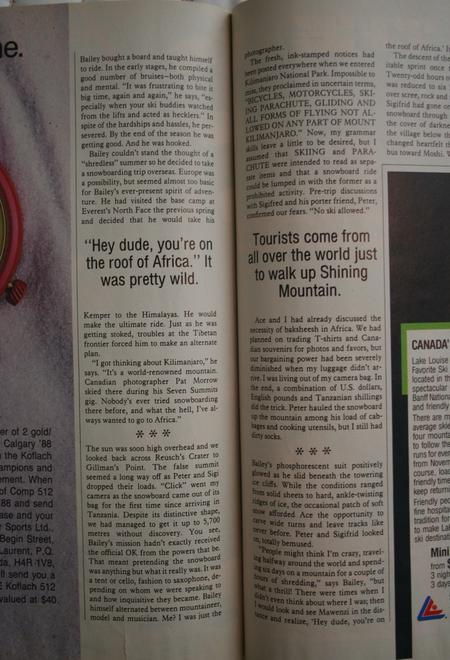 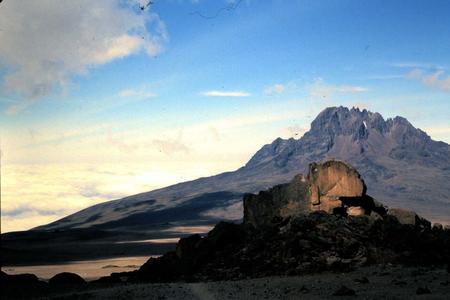 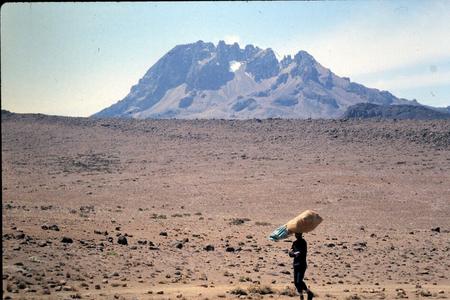 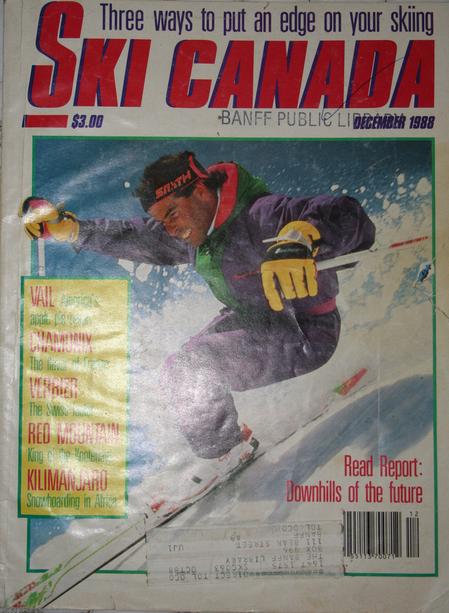 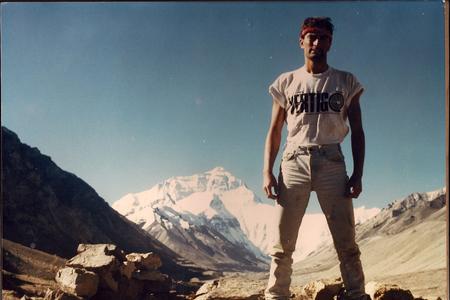 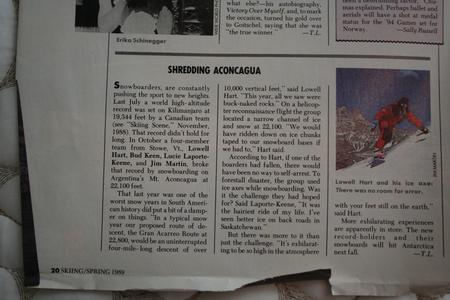 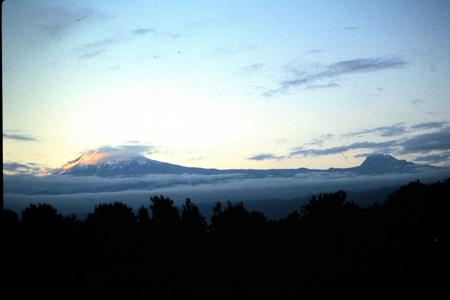 We hired Siegfried and Peter, a porter and a guide and made arrangements to set off the next day up the Marangu route. 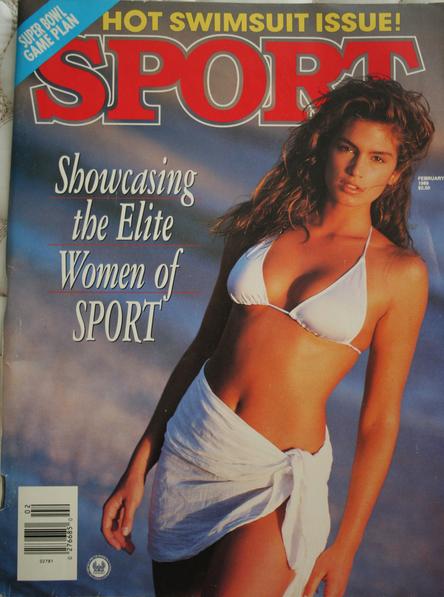 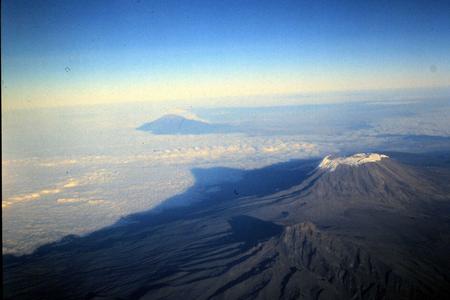 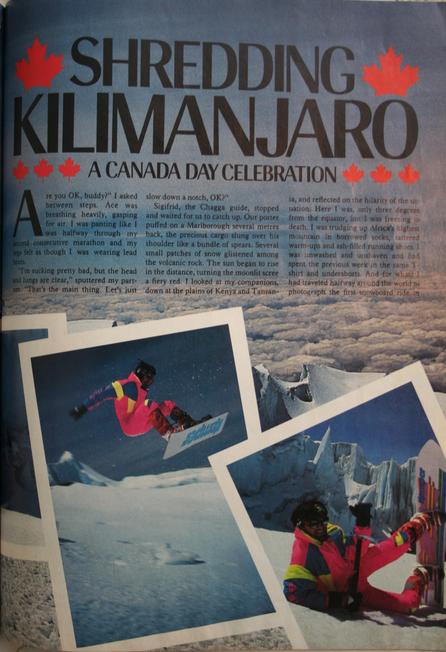 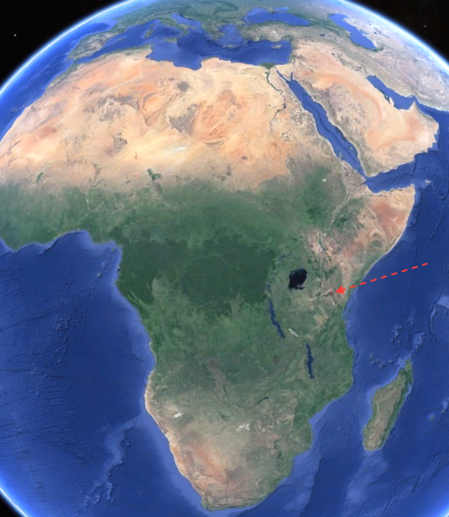 Base of the Marangu route 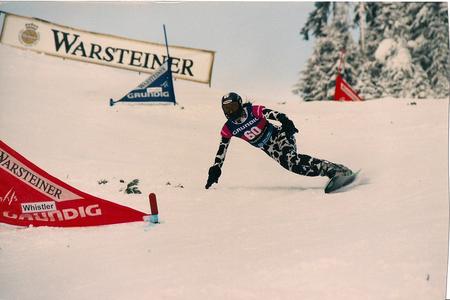 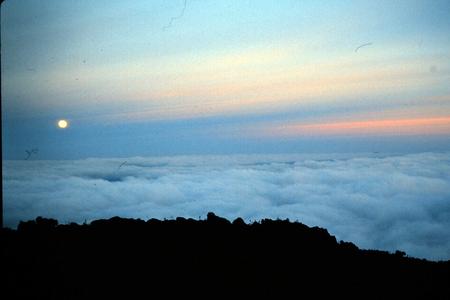 I was so passionate about the new sport that I started planning on where to go to continue when the lifts would shut in the spring. New Zealand sprung to mind but was immediately supplanted by Himalayan dreams. In the summer of 1987 I had crossed into Tibet over the Nepalese border and hiked the Rongbuk Valley to Everest base camp.  There was lots of snow on Mt. Everest in July! 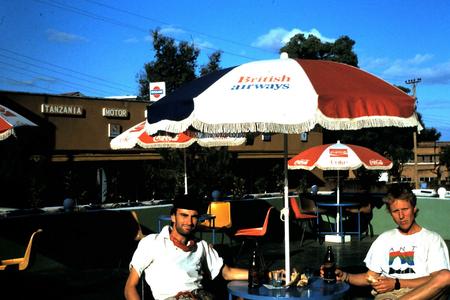 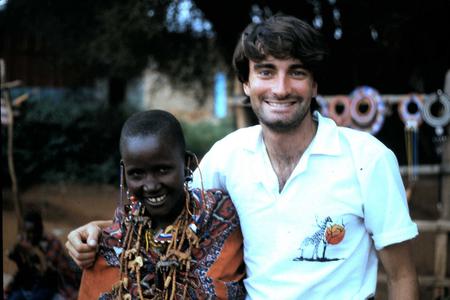 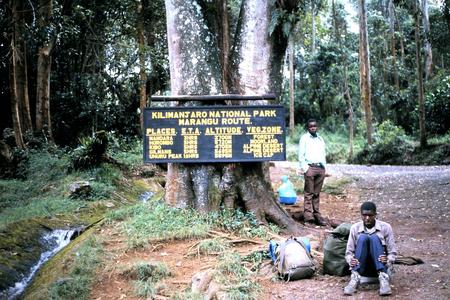 I arrived in Dar-es-Salaam after a few days in London.  I had tucked my travellers checks into my suitcase as I wasn't using them in London.  When my luggage arrived a day late they were gone.  Replacing them entailed an overland journey on 50 year old busses from Dar across the border into Kenya and onto Nairobi. On the return journey I didn't have time to officially leave Kenya so technically I'm still there.

We got into bed at 7pm to try and get some sleep for the midnight wakeup call for the summit hike. We were fortunate with a crystal clear night of hiking under the stars. As we puffed our way up our porter puffed happily on his Marlboro Reds.

Ace with Mt Everest behind, July 1987

Yes I was in the Swimsuit Issue!

I rounded up Sun Ice ski clothing and Kemper Snowboards as my principal sponsors. They assigned Barry Lewis a renowned sports photographer to meet me in Africa.

We chose to spend two nights at Horombo Huts to better acclimitize.  We didn't want the project going off the rails because of altitude sickness. Fortunately they sold beer there! Somebody had to carry it to 12,000 feet so it wasn't cheap. We were treated to a full moon rising through the clouds blanketing the savannah below us. 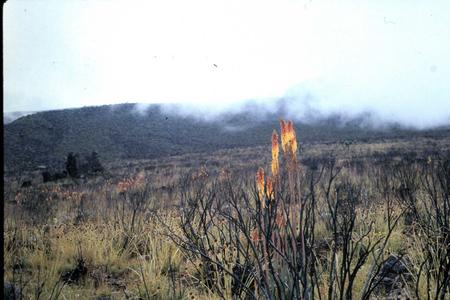 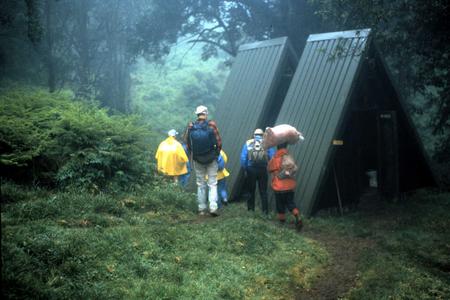 Mt Kilimanjaro is in Tanzania just south of the equator 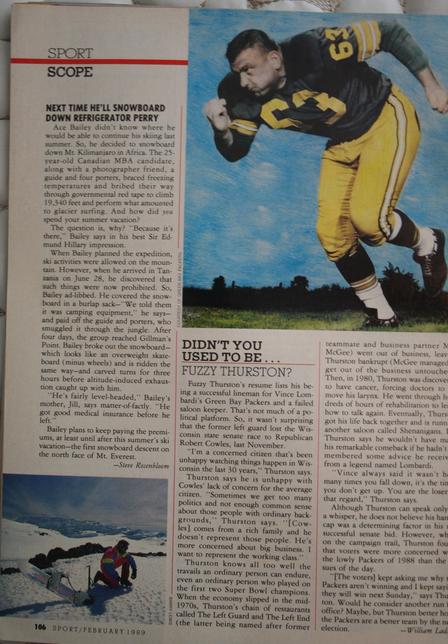 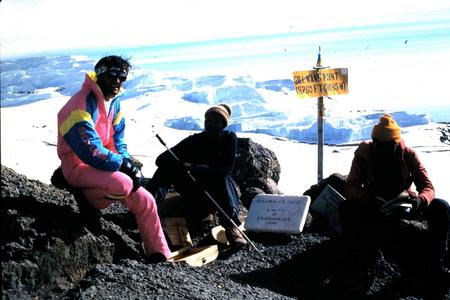 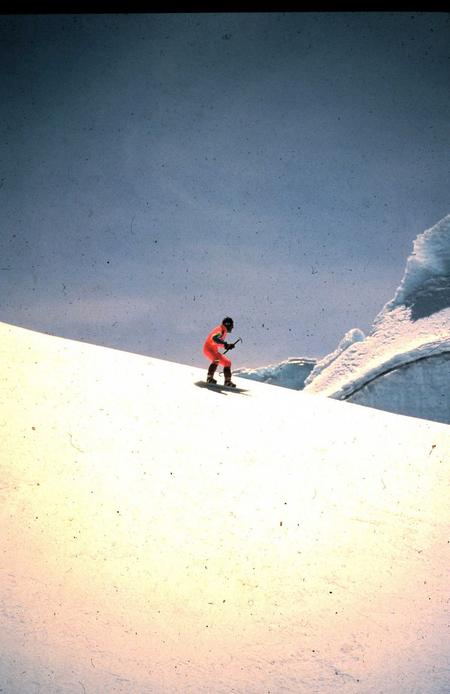 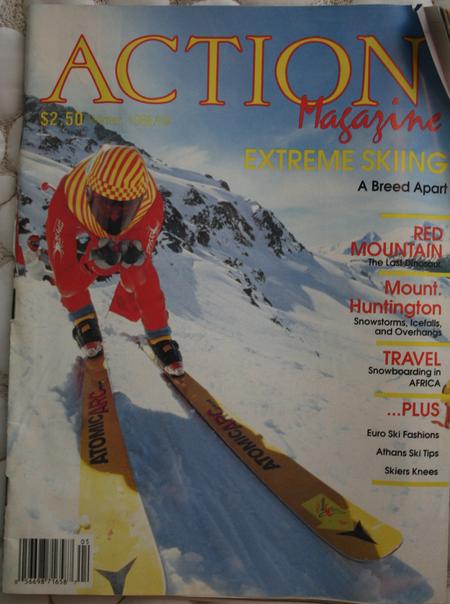 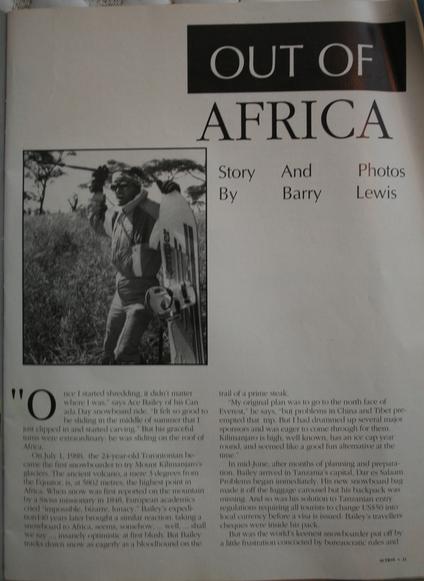 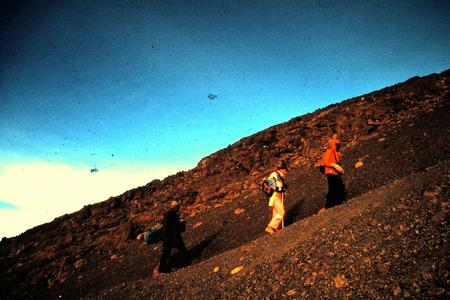 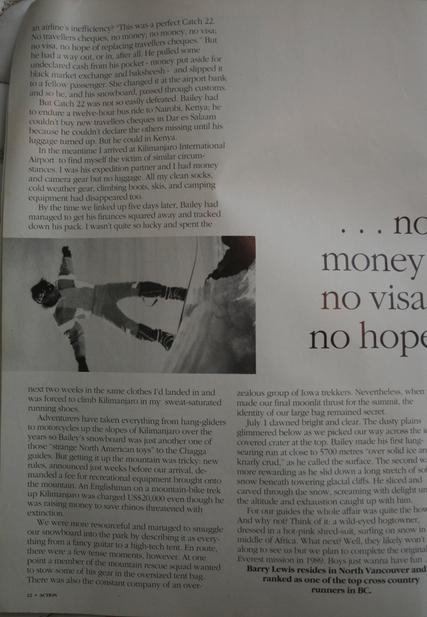 After two nights we were keen to move on.  The hike across the alpine desert to Kibo hut at 15,600 feet was beautiful.